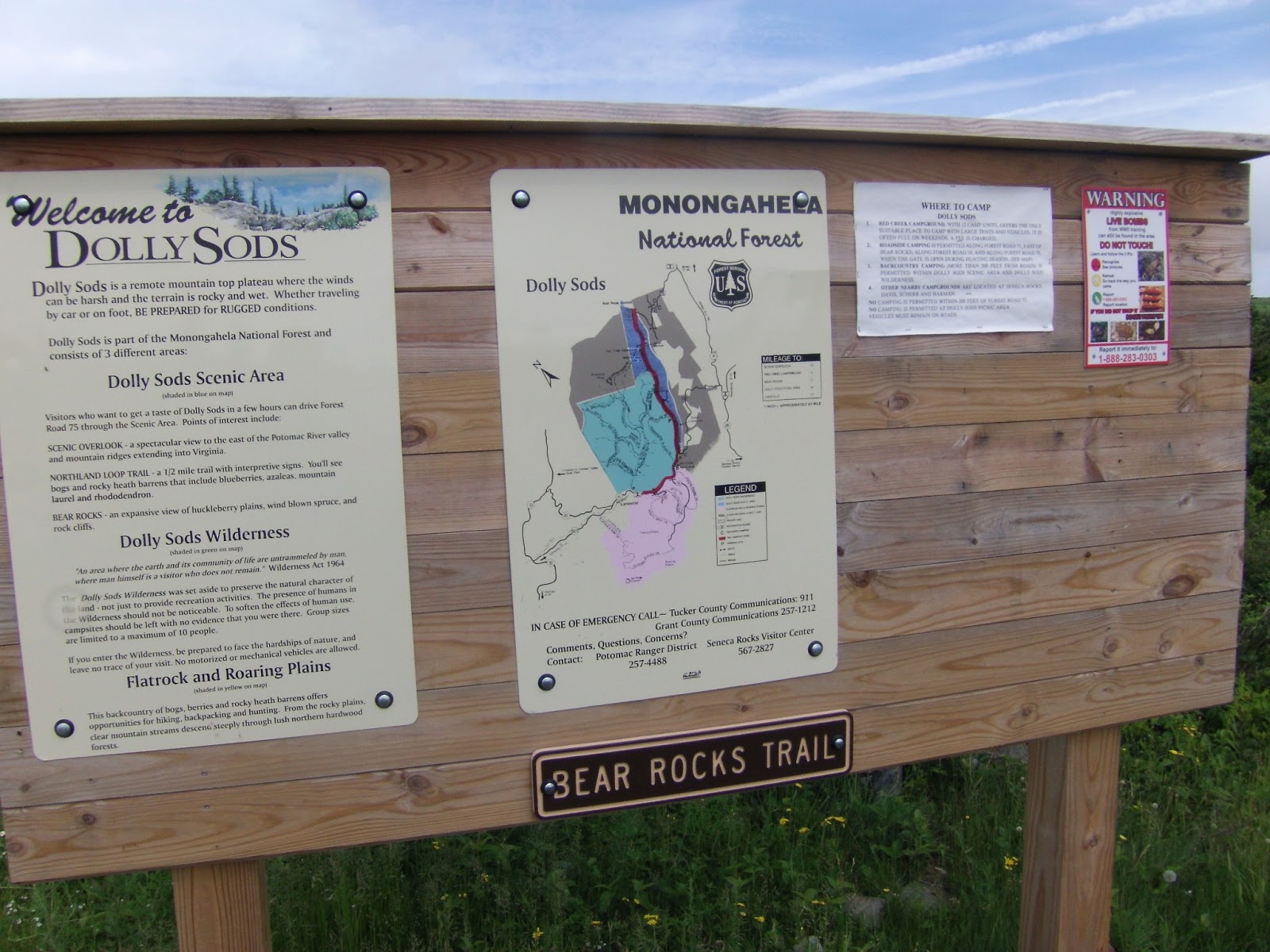 Earlier this week, I stuffed my backpack and headed toward Dolly Sods for an overnight hiking trip.  This was my first time at Dolly Sods and my first time backpacking by myself.  My pack weighed in at 30 pounds and contained; food, water, tent, sleeping bag, map, dog food and some other personal items. It took me an extra hour to arrive at my starting point, Bear Rocks Trail, because I missed a turn and had to backtrack some.  It was still early when I started off.  The plan was to hike in 6 miles and camp overnight and then hike out on a different path 8 miles back to the car.  It didn't work out as planned. 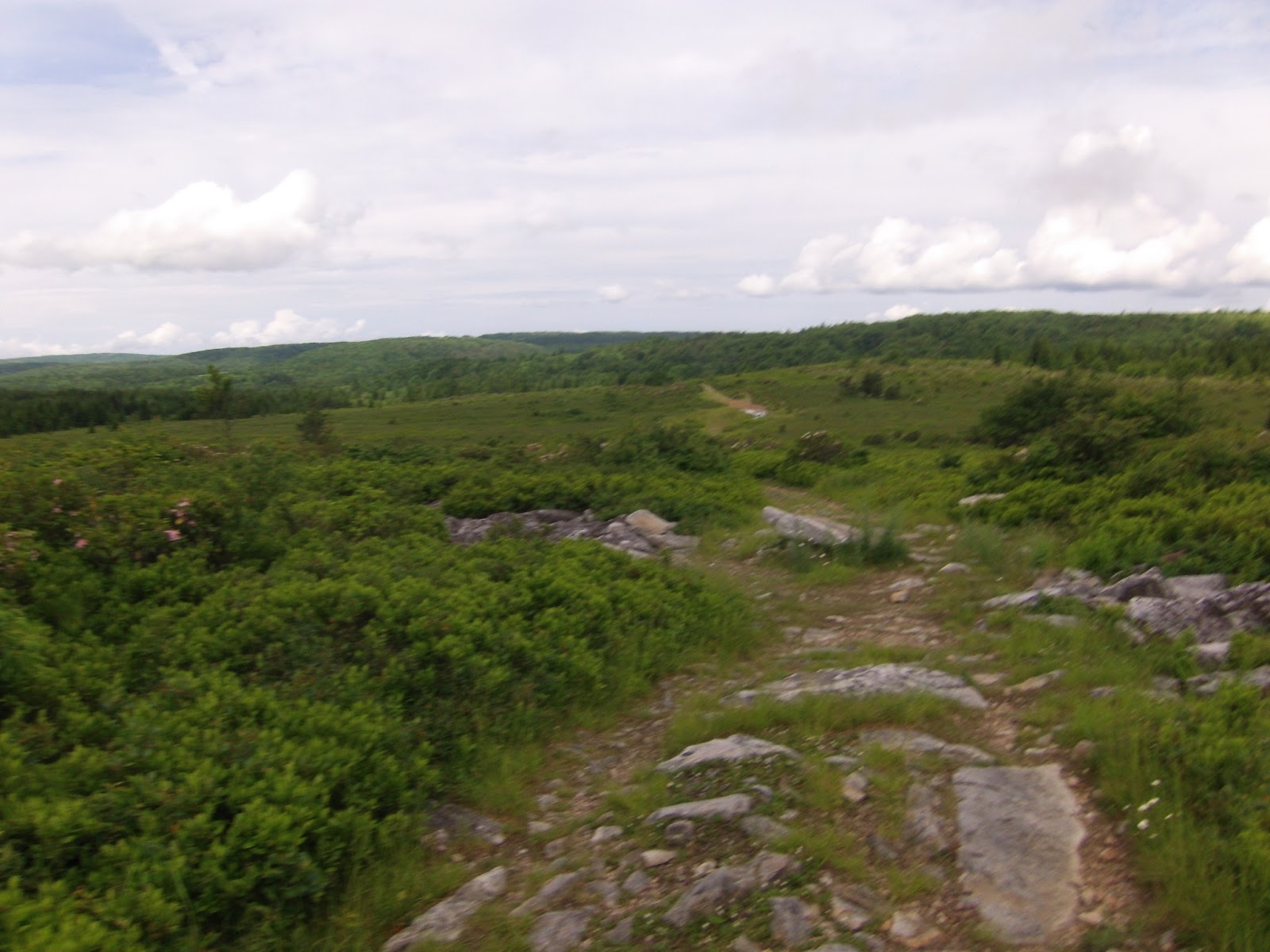 The start of the trail looked promising.  Scout, my dog, was so excited and wanted to stop every few feet to smell everything around him.  At the end of this path and a steep downhill rocky path and a small camping area off to the side.  Further down the hill is another camp site beside a creek.  Someone had taken the time to build rock seats around the campfire pit.  The ground was soft and cleared.  The trees overhead keep the sun from beating down on you. 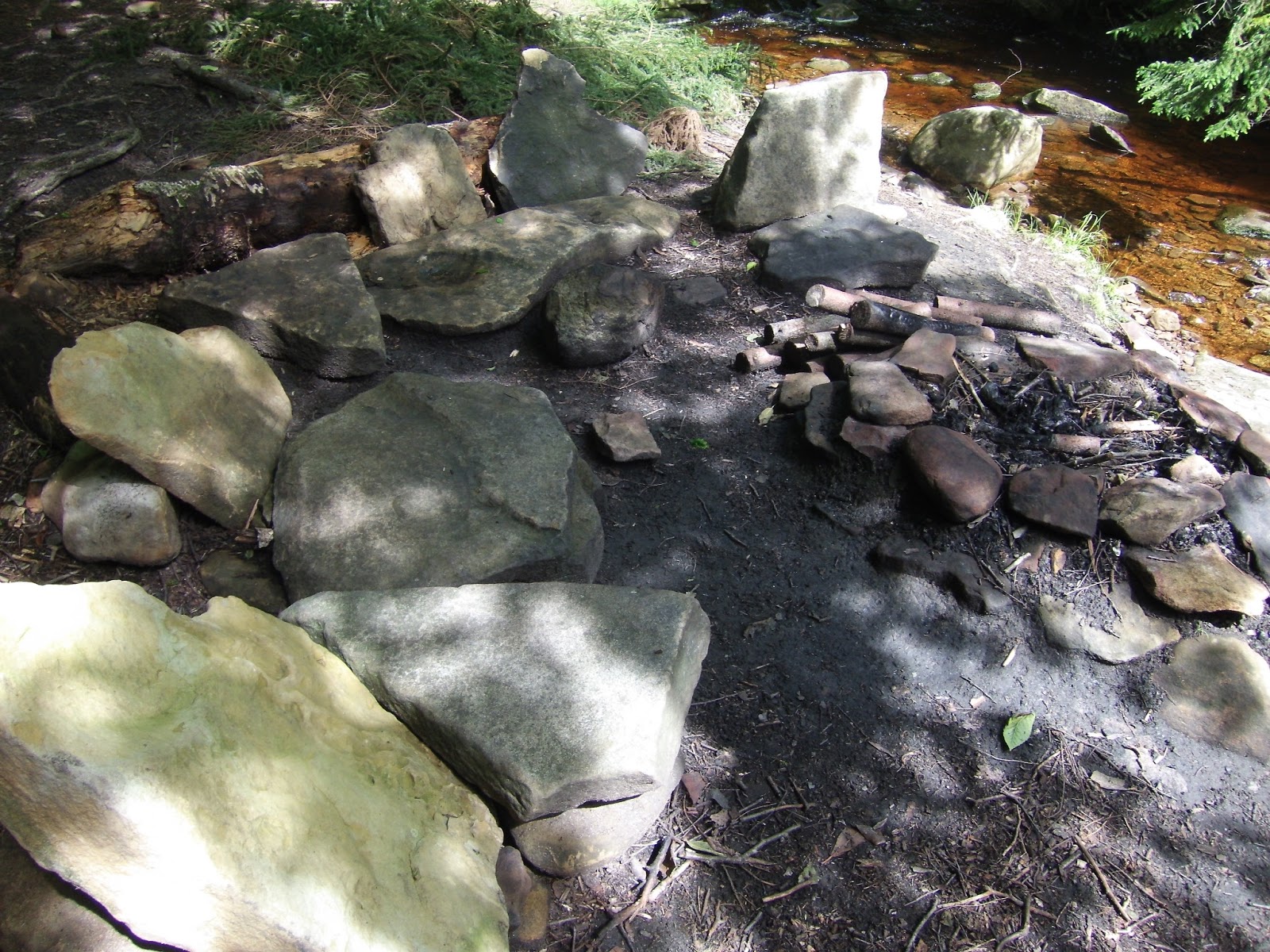 There was two paths off of this site.  Neither were marked but my map of the area told me to stay left.  I took the left path and ended up climbing up the mountain on a very small path with weeds up to your knees.  FYI, make sure you treat yourself and your pet before going into Dolly Sods. At the top of the hill was another campsite.  This one over looked a really nice rock pile and stream. 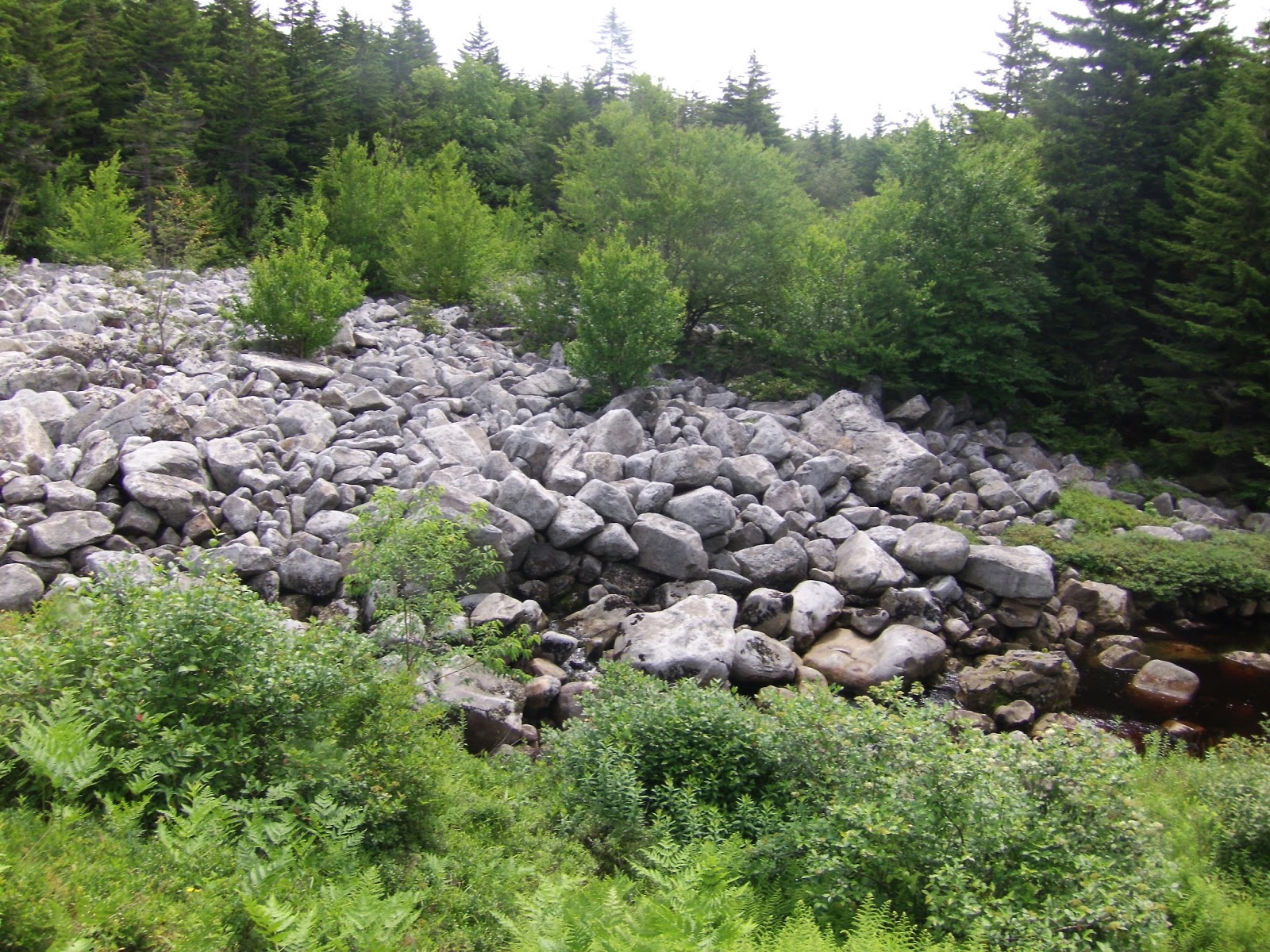 I walked around this area for a while trying to find another path but came up empty so decided to retrace my steps back to the creek campsite and take another path.  This path lead to another steep climb but the path was wider and paved with tons of rocks.  This path goes on for miles of pretty sites and turns.  One of the paths brought me to a field of ferns.  It was just breathtaking to stand in the middle of nothing but all these ferns as far as the eye could see. 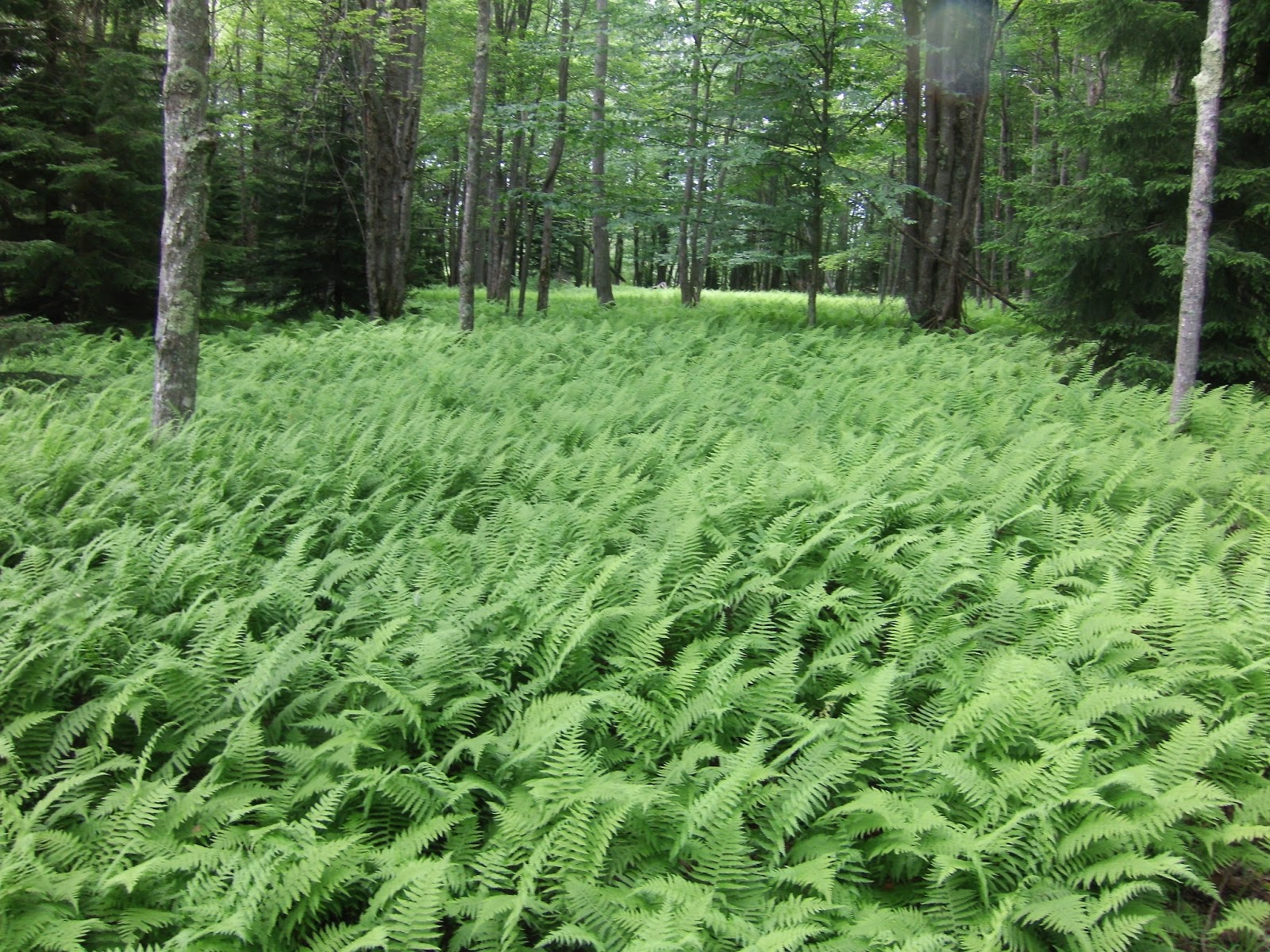 After a short stop for some water and jerk, Scout and I continued climbing up the hill.  Mile after mile passed and I started to think I was lost because there was no more signs.  The path looked well used so I continued to walk.  I researched the park before coming and learned that bears will sometime make off with the path signs so I wasn't to worried.  More miles passed and I found myself on top of the mountain. 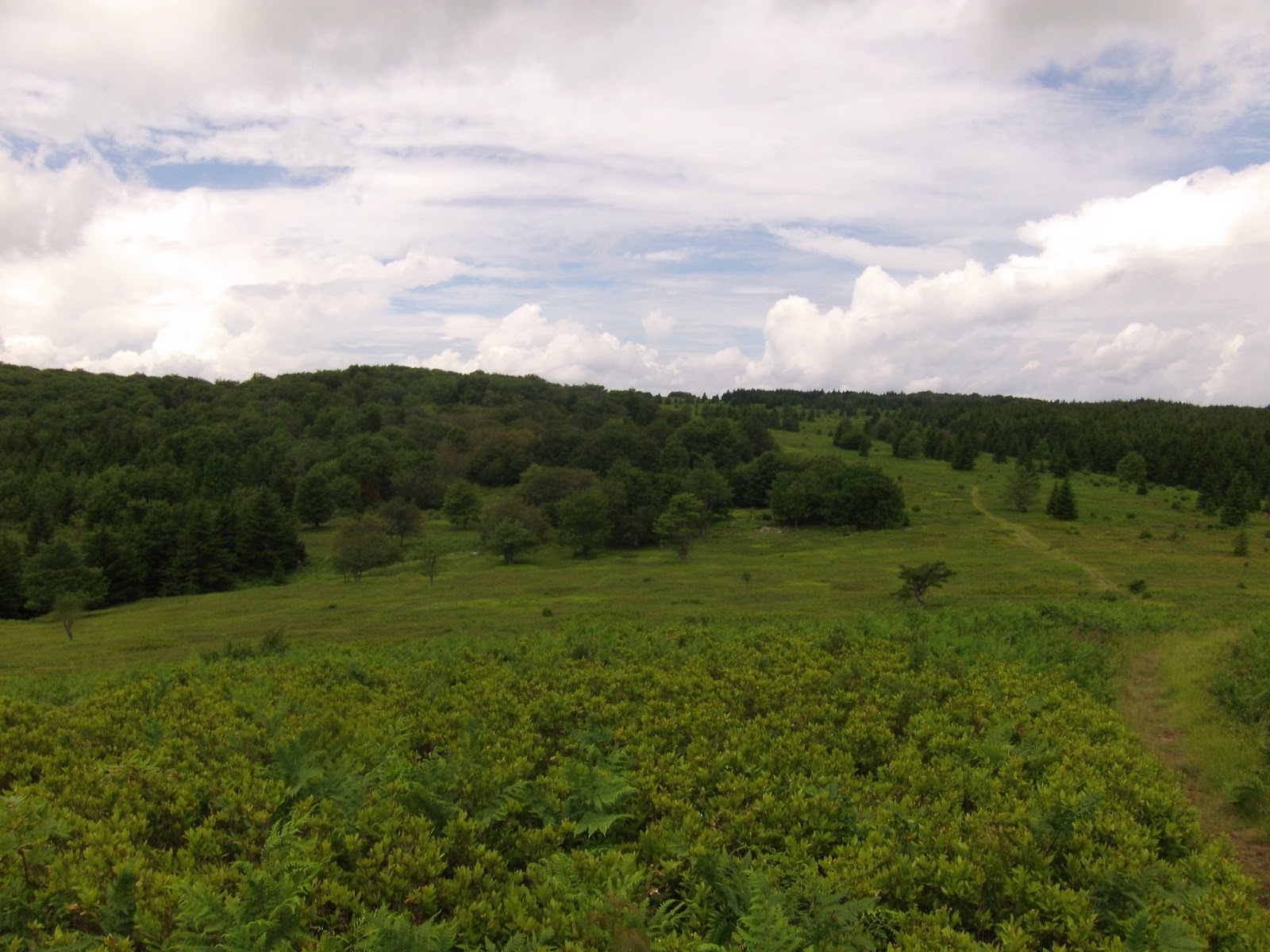 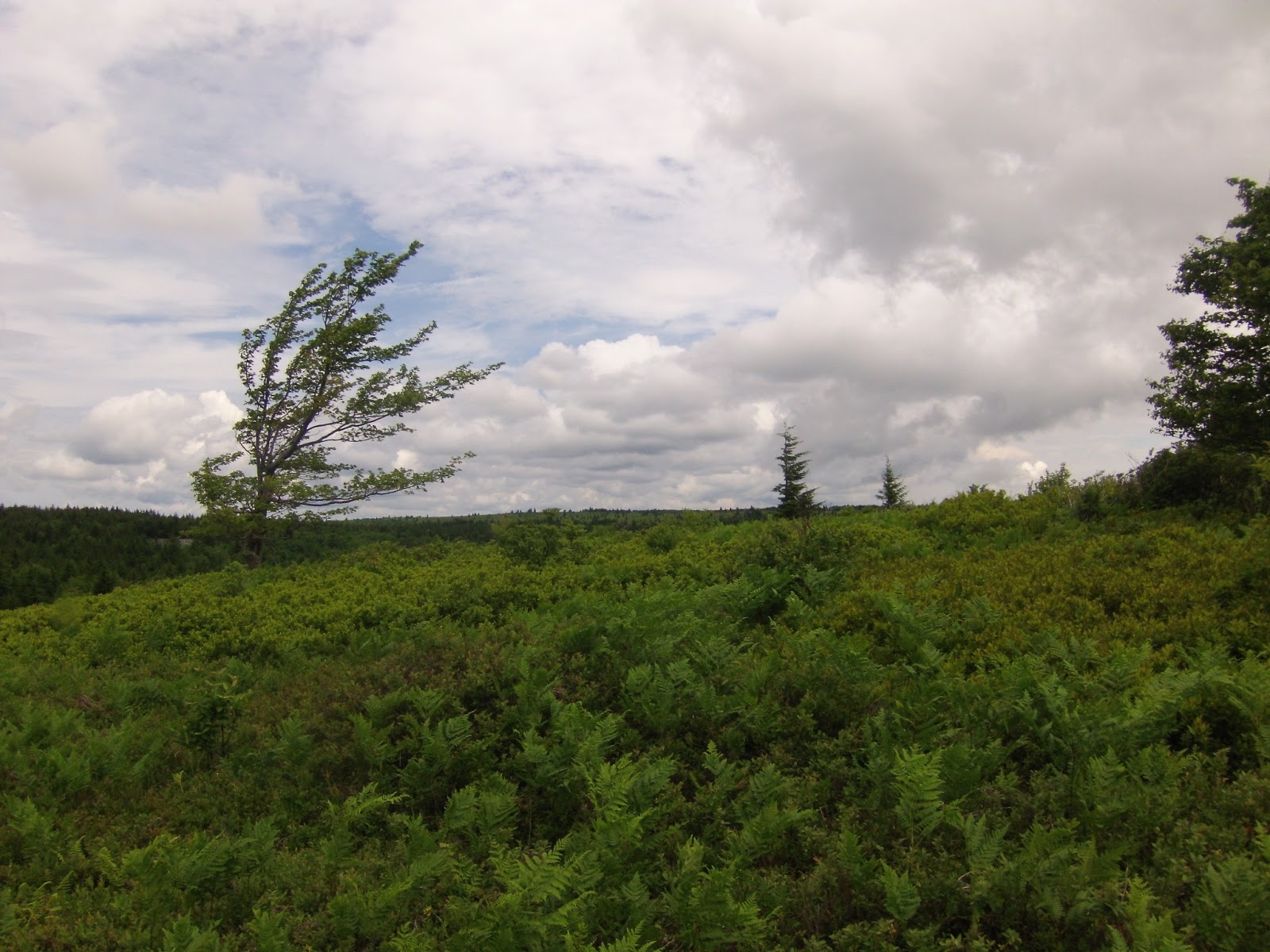 All the tree limbs were pointing one way.  It was pretty cool to see.  I read up on the wind pushing the trees so much that the limbs just grow that way.  I continued on, keeping an eye on my watch that counts miles walked and I knew that I was over my 6 mile limit and my campsite should have been close by.  The clouds were starting to turn and the wind was picking up.  I knew the rain was coming and wanted to get all set up before the rain came.  Miles after mile passed again.  The path became smaller and the mud was getting deeper and deeper.  I was starting to think I had taken a wrong path when I saw another couple and their dog ahead of me.  After a talk with them I figured out that I was only about 3 miles from my car.  I joined them on the hike for the next two miles, through the mud.  At the bottom of the hill to Bear Rock Trail, Scout and I took a much needed water and food rest. 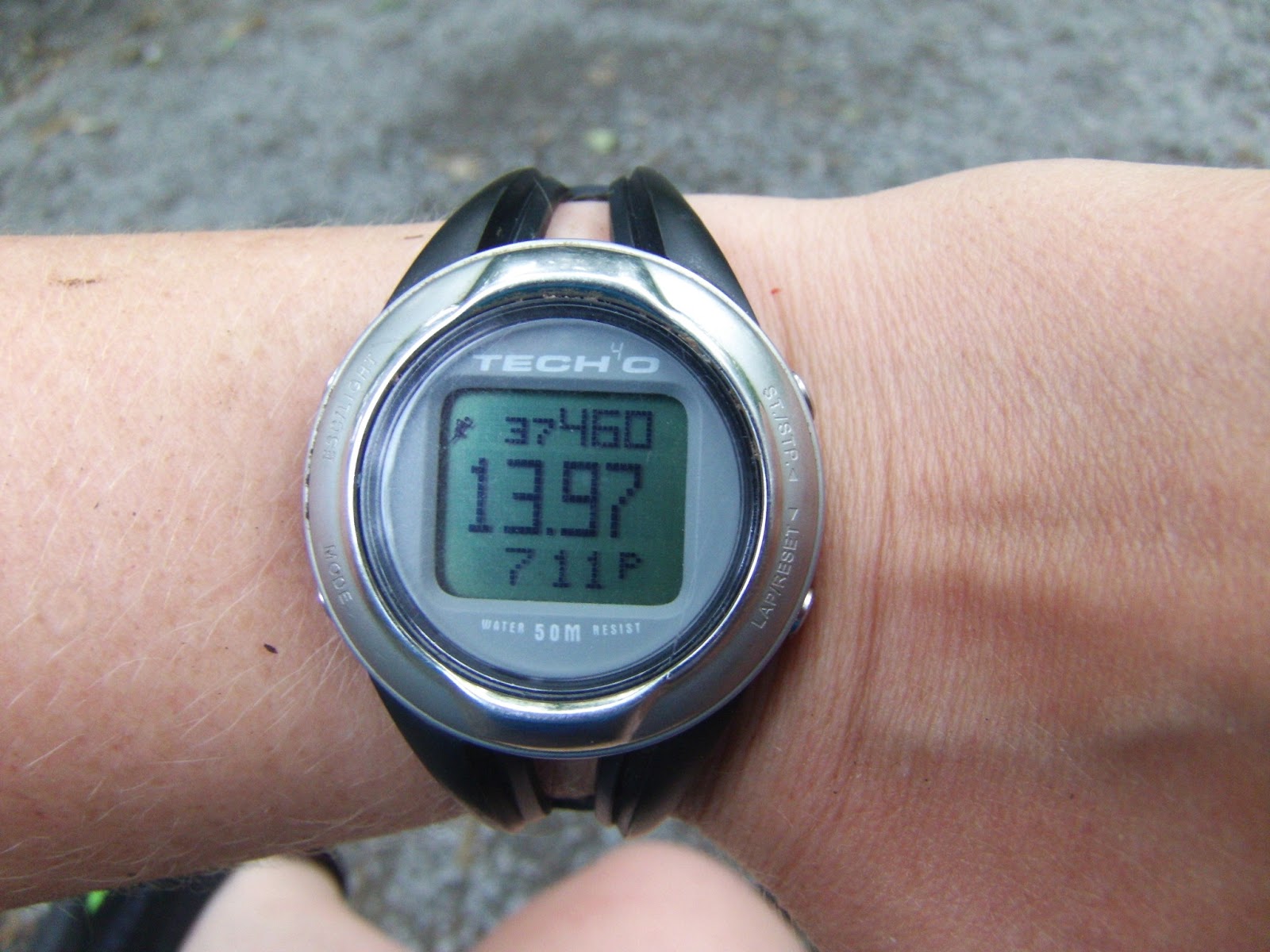 By the time I made it back to my car, we had hiked the complete trail all in one day.  14 miles with a 30 pound pack on my back.  Scout and I drove to Seneca campground to set up our tent.  After a really good meal of beef stew and tons of water, we retired to our tent just in time for the rain to fall. 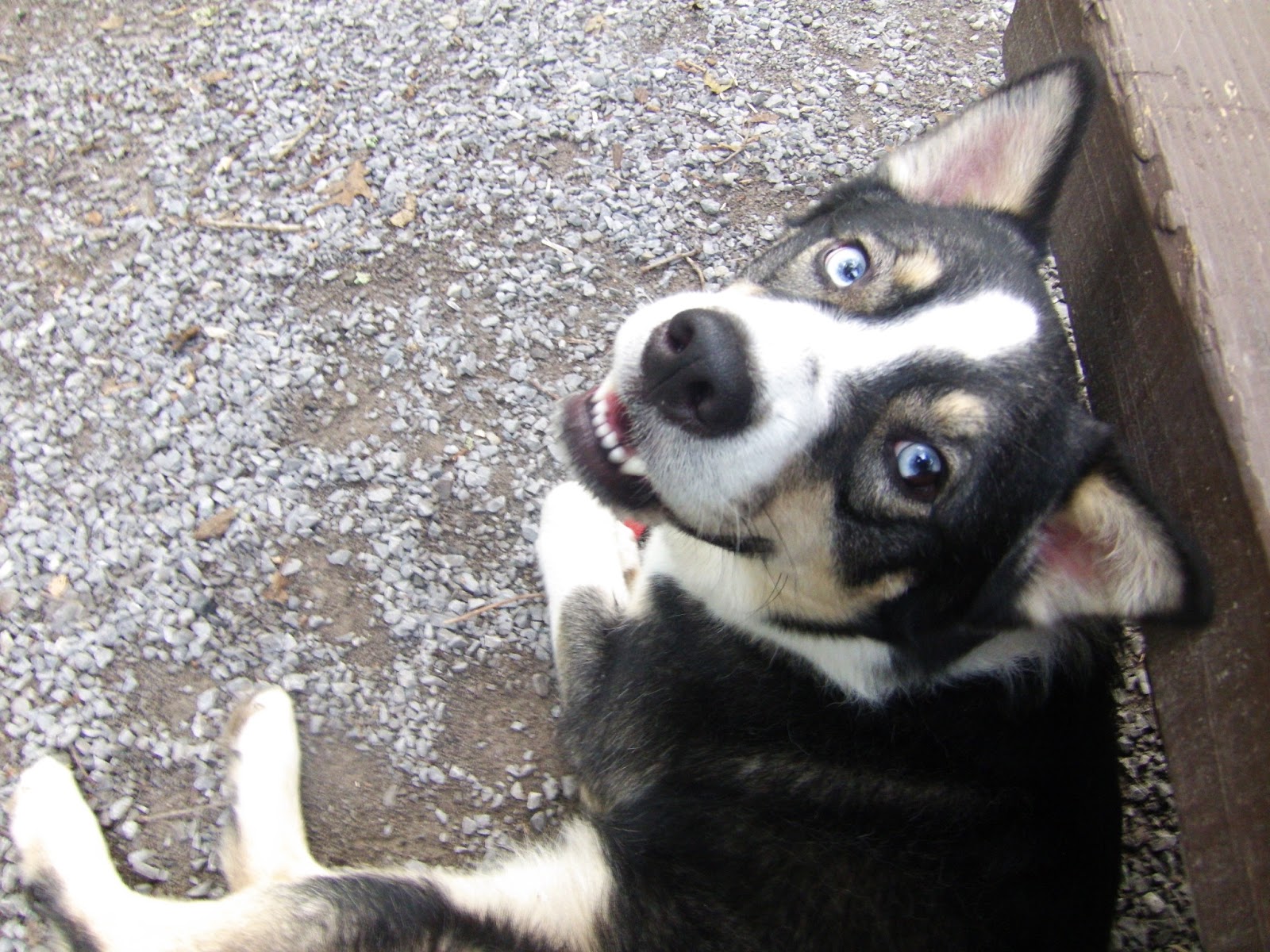