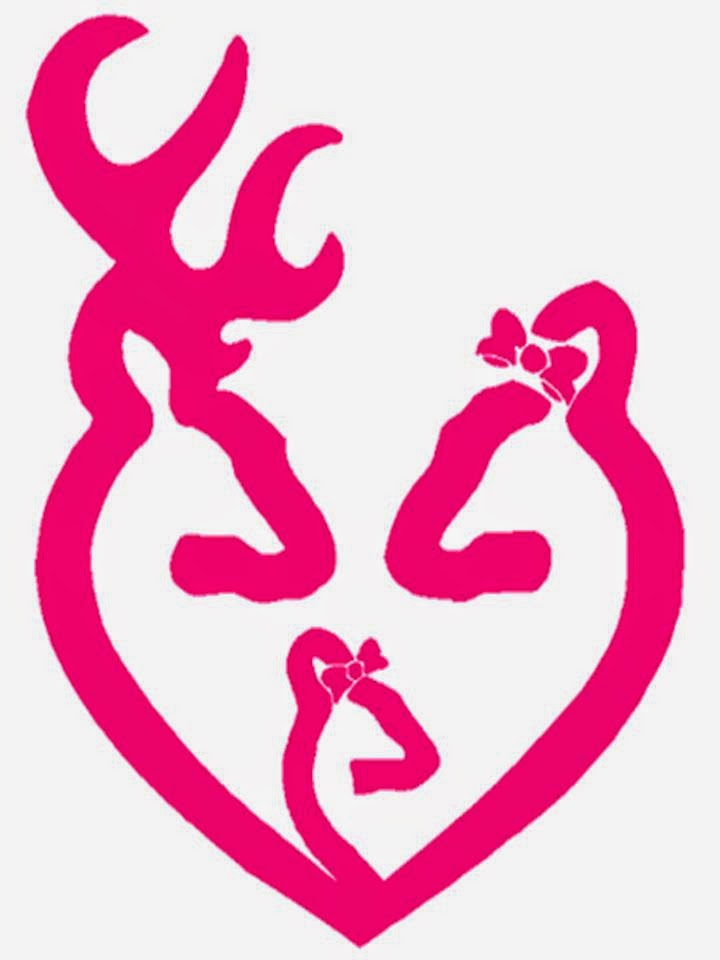 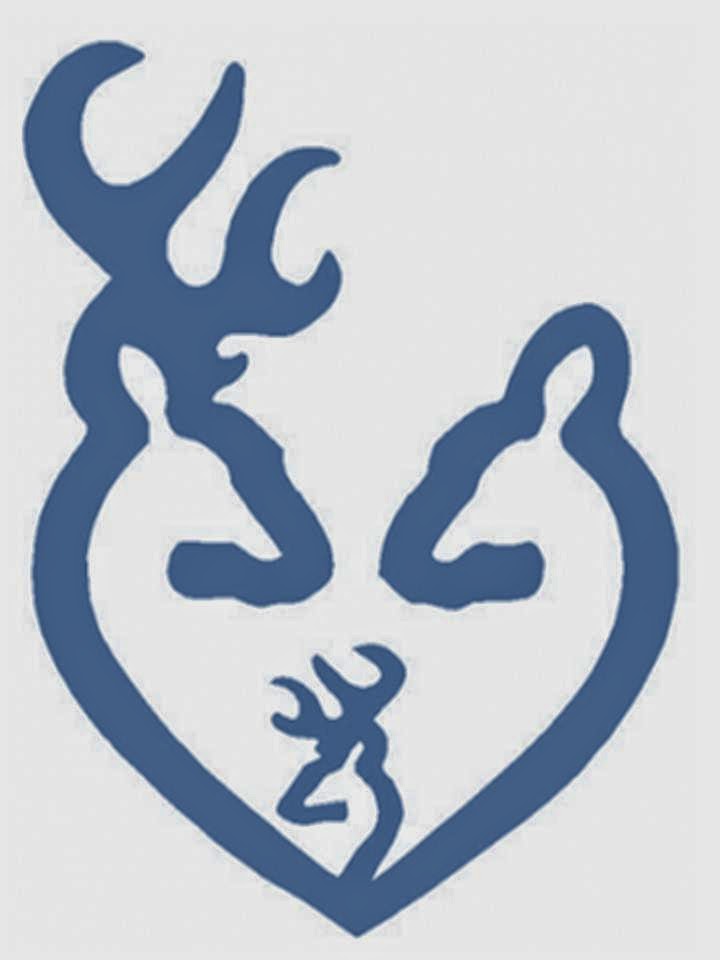 This past weekend I hosted a gender reveal party for my niece.  This one was new for me since I’ve never heard of such a party but it seems to be very popular nowadays.  I was limited on time since she wanted to have it within two weeks.  Needless to say, these past few weeks have been busy.  I know my niece and she, like most WV gals, love the deer theme so I thought why not do a Buck or Doe party.  Finding anything for this theme was impossible so I had to create most of it.  I stuck with the original blue and pink colors to make it easier for decorations and such. 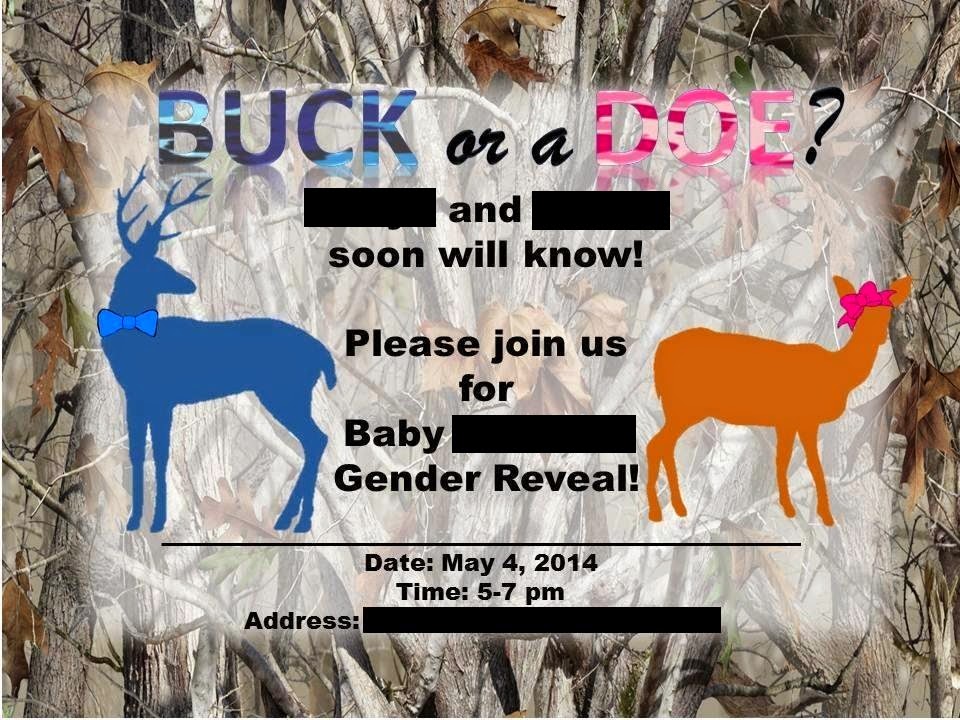 My first course of action was to design the invites so that she could hand them out.  I also created an online event page to make contacting guests a lot easier.  To make the invites, I started my search for camouflage backgrounds.  Once I found the one I liked, I copied the image onto a PowerPoint slide and then started to create the body of the invitations.  I printed four to a page on white card stock for my niece to hand out. 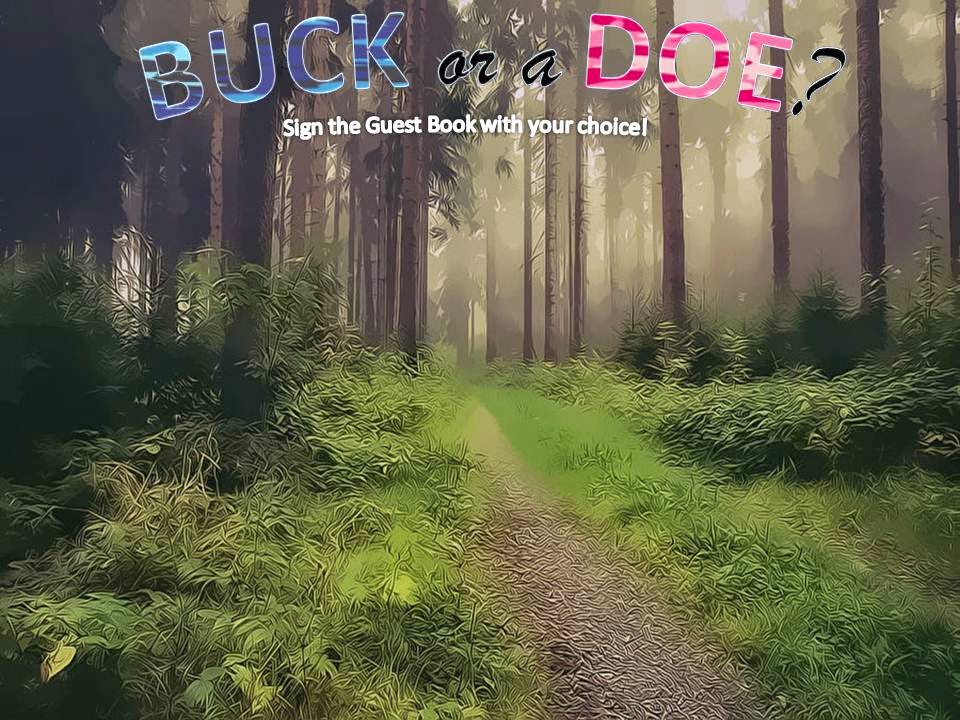 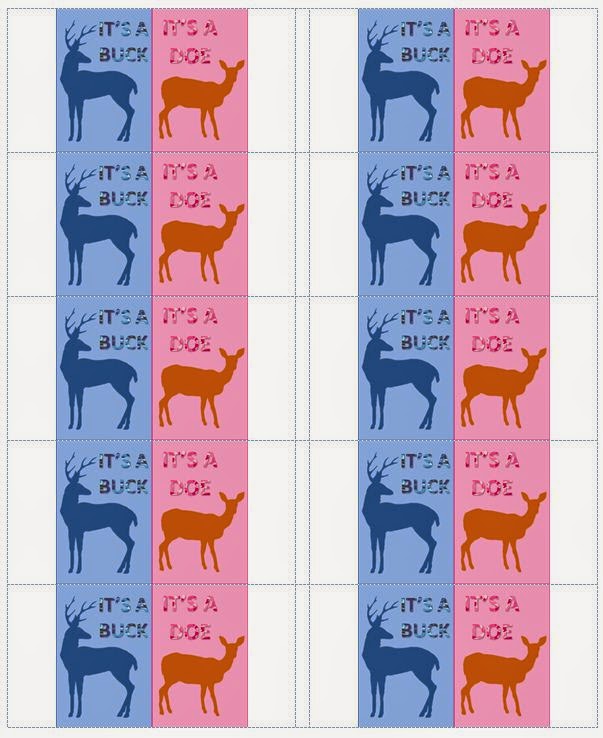 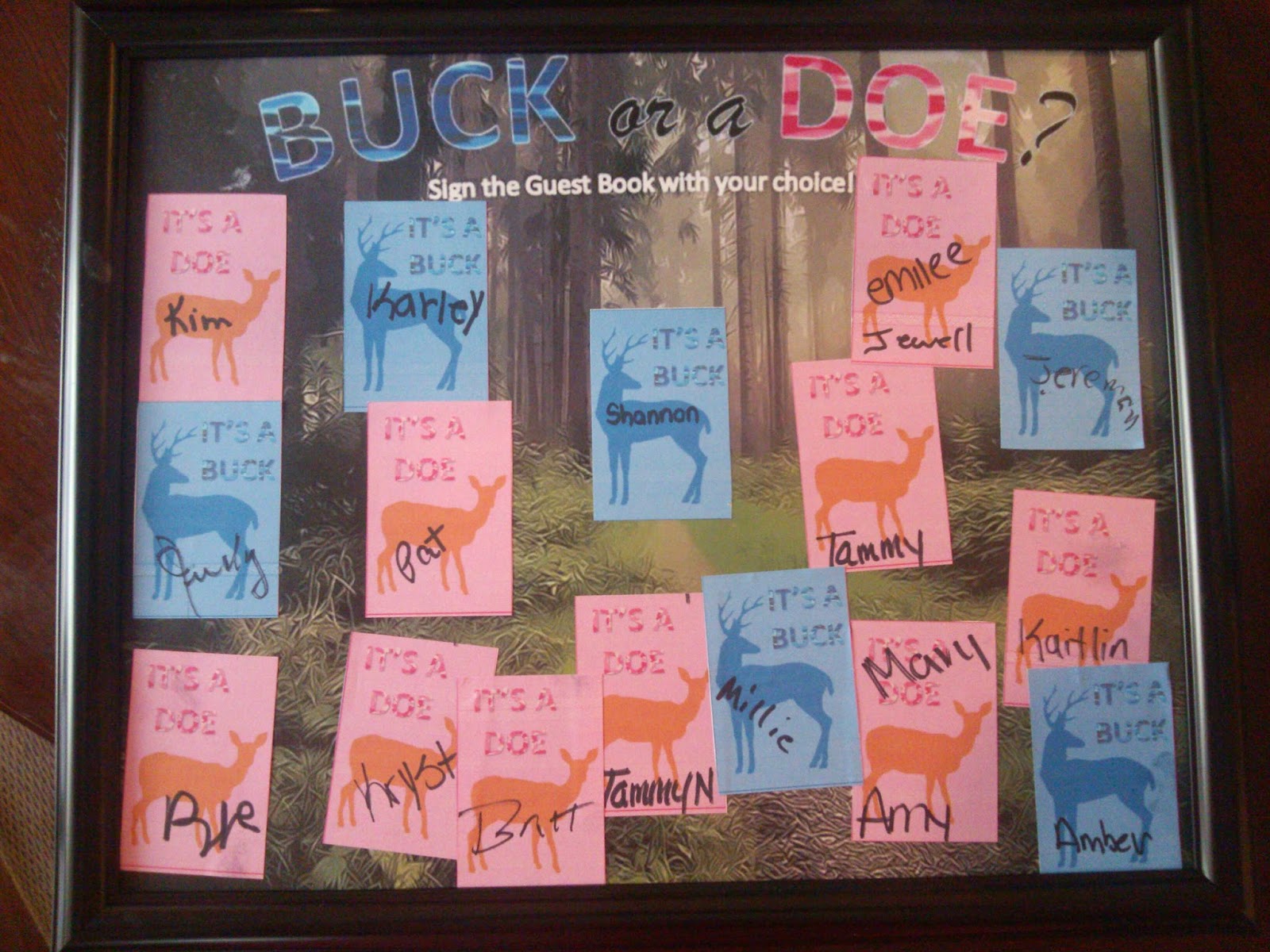 As for the utensils, cups and plate, I created napkin wraps  to tie in the Buck or Doe theme and mixed the blue and pink together.  We had a cookout with hot dog, hamburgers, chips, dip, potato salad, pasta salad, fruit tray and veggie tray. 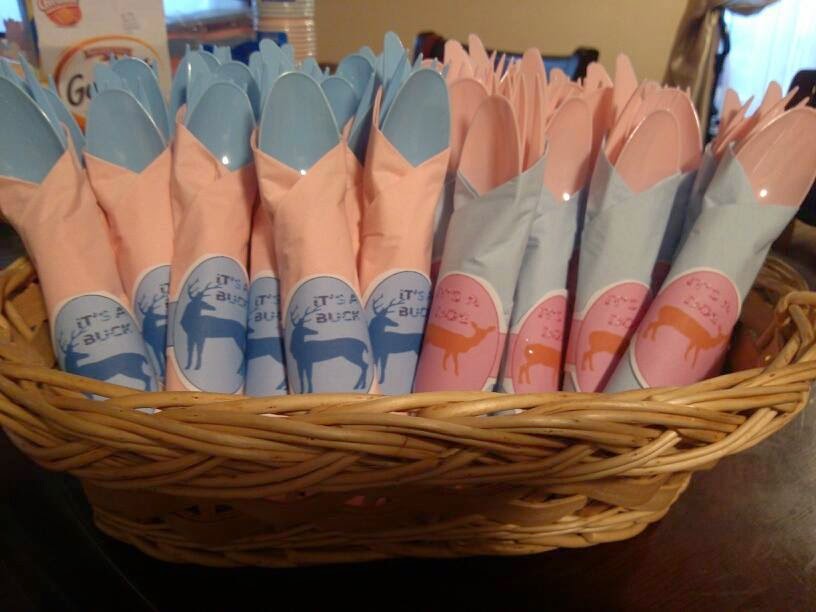 For the drinks, I went with blue Hawaiian punch and pink lemonade for the theme.  I also added 2-liters for those that wanted soda and bottled water.


Favors:
For the favors, I created the simple “He” or “She” chocolates bars using blue and pink sharpie markers.  As I was walking in my local Walmart, I ran across blue and pink marshmallows,  so I decided to make baby rattles.  I used a pretzel stick and added a small marshmallow on one end and the larger on the top.  I dipped them in white chocolate and sprinkled them with pink or blue.  I had so many of these that I added two to each favor bag.  This was not an easy one to make.  The marshmallows kept falling off and the sprinkles were everywhere.  I’m not sure I would attempt to make these again. 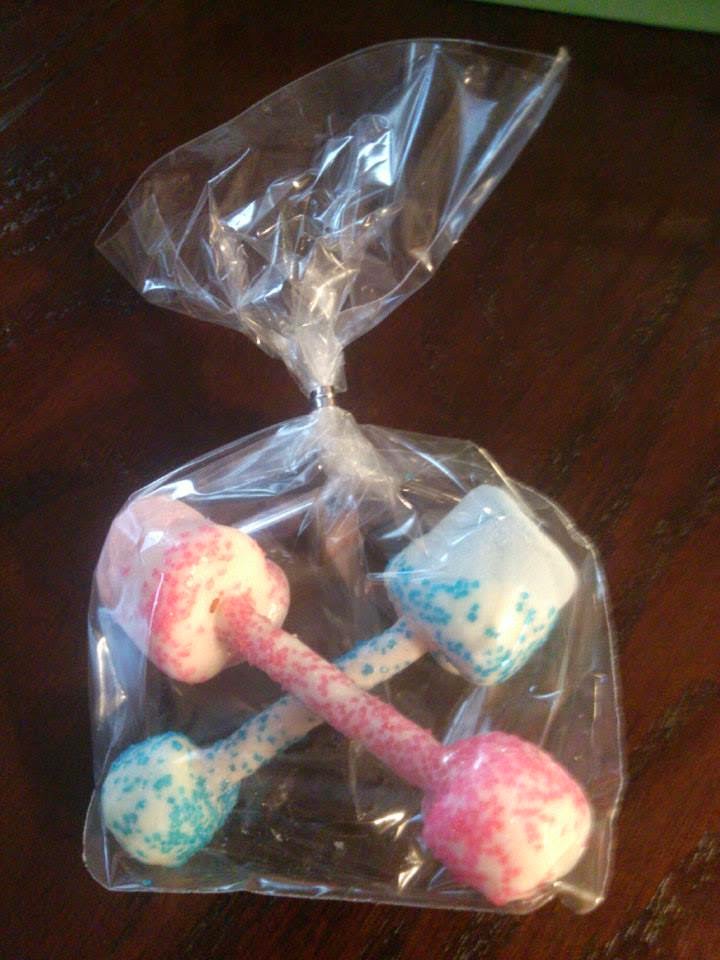 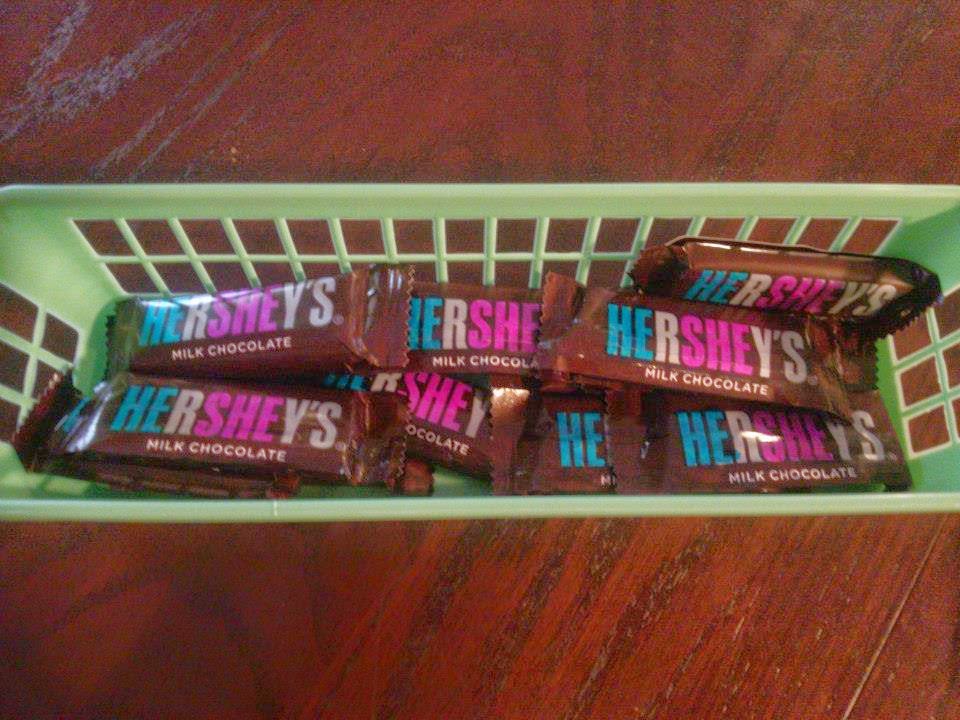 My niece loves cupcakes, so I decided to create a Buck and Doe topper with blue and pink icing.  What a mess this was but I think they turned out really well.   Make your cupcakes first and make sure they are completely cool before you put the icing on or it will melt.  I then but blue icing in one icing bag and pink in another (make sure to only fill the bags with half a can at a time).  I put both these bags into another one attached with nozzle.  As you squeeze out the icing the colors mixed together to form the swirls.


I found the Buck and Doe heart online and printed several to a page at the size I wanted.  Lay the page flat and put parchment paper over top of it.  Pour some melted chocolate into a bottle with a nozzle and start drawing the outline of your picture.  After one page is complete, put into the freeze to chill.  Once hardened, gently use your fingers to peel up the toppers and place onto cupcakes.  I made twice as many as needed because they break apart really easy. 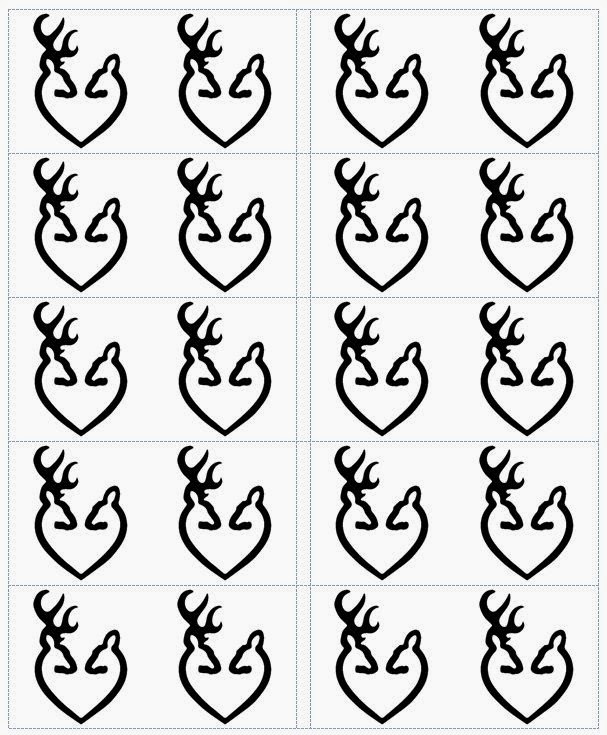 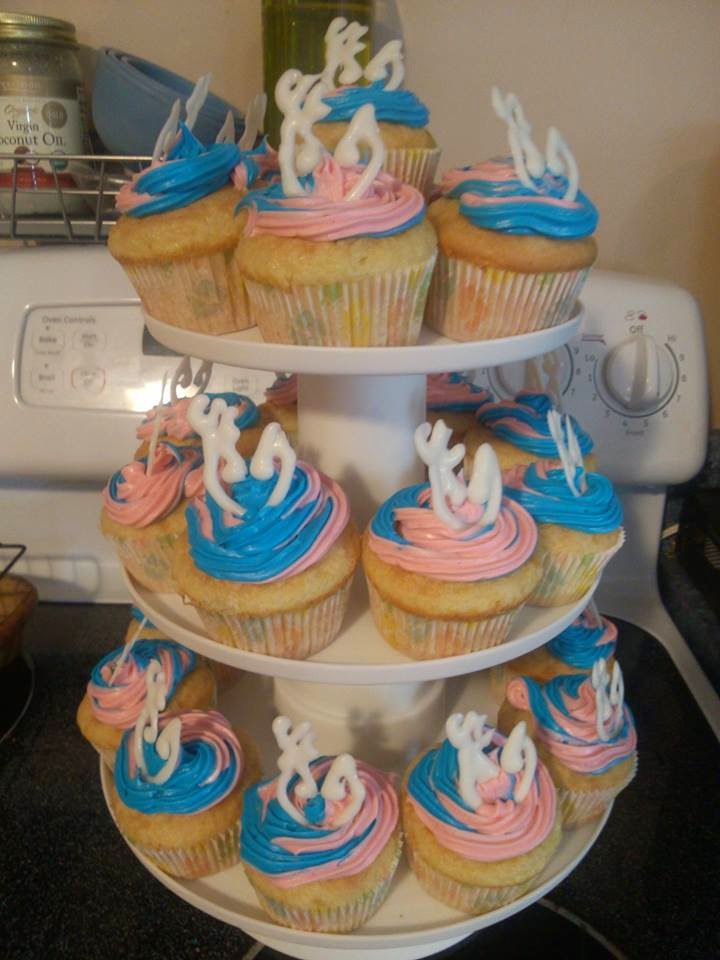 The Reveal:
When it came to the reveal, my niece talked about using a box with colored balloons.  I had another idea in mind.  Once I told her what I thought, she was excited to do it instead.  I made these once before for my son’s Mario party and called them Yoshi smash eggs, so I kind of knew what I was doing this round.  I took the eggs and cut a small hole in the bottom to drain the eggs out.  I put the eggs in an empty water bottle and used them for breakfast for the rest of the week.

After the shells are empty, I cleaned them out using hot water and soap and left to dry overnight.  The next day I filled each one with pink chocolate balls, sprinkles and a small piece of paper that revealed if it was a boy or girl.  To patch up the hole, use white tissue paper and glue to form a hard surface.  After one layer dries, repeat the process until the hole is covered well.  I used blue and pink tissue paper to decorate small plastic shot glasses to make a nice nest for the egg to be handed to each guest.  When everyone had their egg, my niece told them to smash them open. 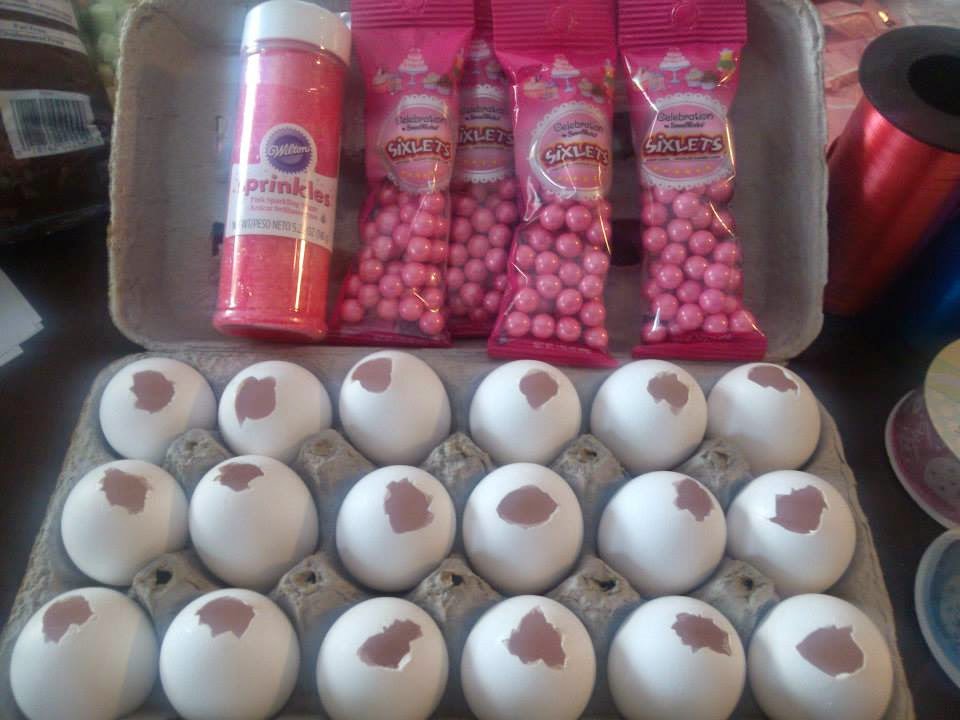 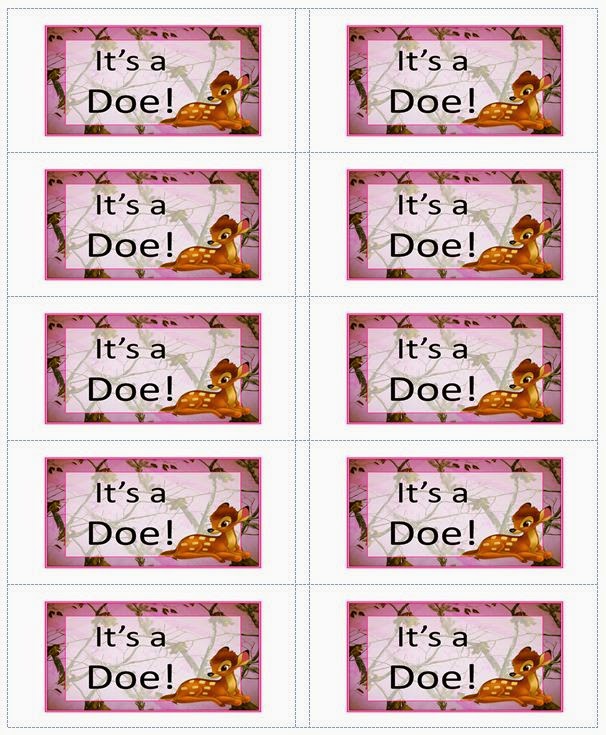 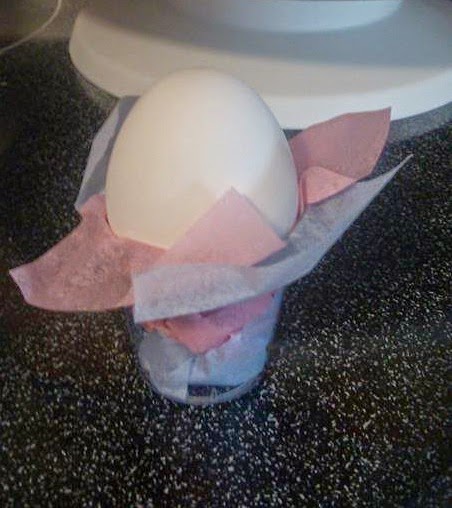 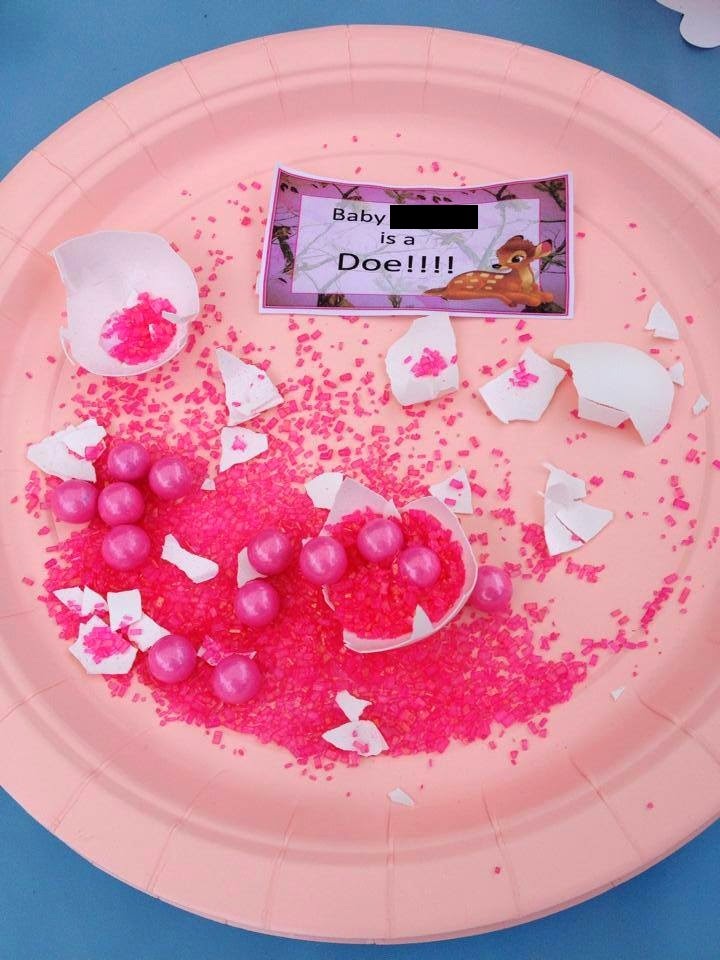 All and all this was a big party and tons of people showed up.  I had it outside because the weather was perfect and I didn’t want everyone smashing these eggs in my house.  I also only wanted to use edible fillings for the egg and not confetti because I didn’t want that to linger in my yard after the party was over.


There was other things I did but forgot to take pictures because the past few weeks was so rushed and the day went by rather fast.  Hope you like my ideas and you use them to create your own personal touch party in the future.
Posted by Shannon at 12:36 PM