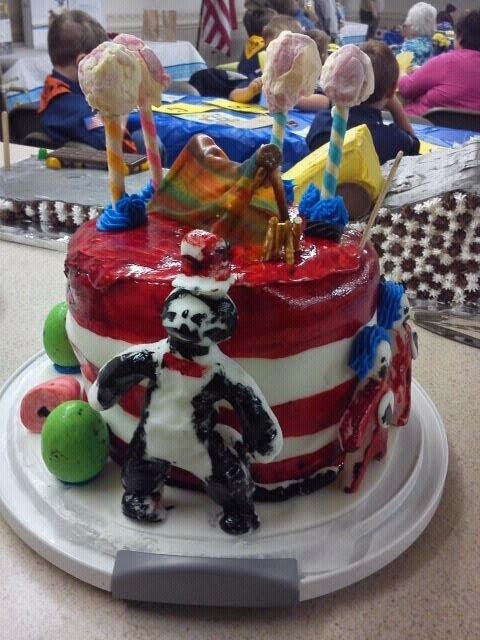 One of the things a cub scout looks forward to each year is the Father Son Cake Bake.  In our pack, the only rule to follow is that EVERYTHING on the cake must be edible.  Mothers are not supposed to help in this project and it is used as a bonding experience for the Father and Son, along with testing their kitchen skills and learning along the way.
For my son’s first cake bake (at 7 years old), he wanted to do a Cat and the Hat themed.  I did some research for them and they decided to try to build the hat out of different layers and flavors of cake and then use fondant to decorate.  Sounds simple enough....so you would think. 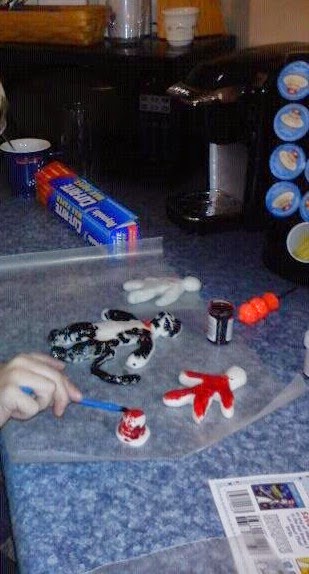 They started off by making 2 circle cakes each of chocolate, vanilla and strawberry.  The allowed these to cool for several hours before layering them and using icing as “glue” to hold it all together.   They then rolled the fondant out and laid it over the cakes to make the hat.  This became a chore because the fondant was very thick and hard.  My son's dad had never used this before, and after this, never will again.  They then used edible paint (black and red) and took turns painting the fondant.
My son had fun making the Cat in the Hat, Thing 1 & 2, and the ham to go with the green egg gum we found at the store.   He shaped the characters just like you would while playing with play-doh and then used the black and red edible paint to make it come to life.
On top of the hat, they created a camping theme by using fruit roll-ups and stick pretzels as a tent and used colored candy straws with cotton candy on top as trees.
My son was very proud of his cake and the other scouts loved all the fondant! 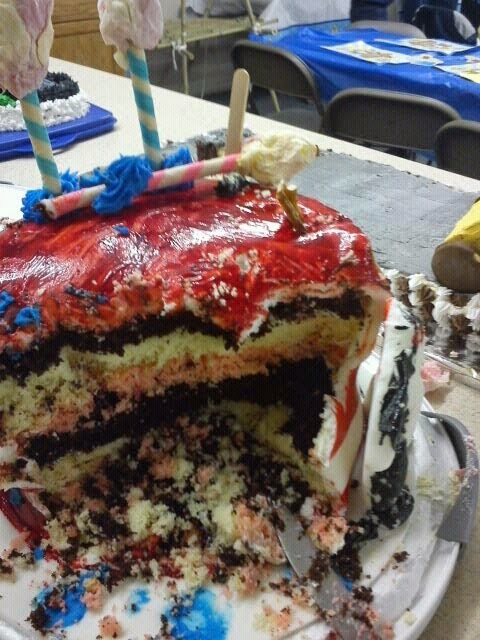