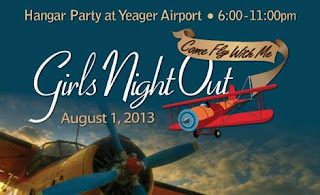 Every year an organization in my city called, Girls Night Out, puts on these amazing parties to raise funds to help fight domestic violence.  This unique idea was started by High Hopes Committee and initiated by Sandy Graff and Elsier Carter in the fall of 1998 and labeled it "Party with a Purpose."  This year was the 15th such party and I was lucky enough to attend.  Over the years these parties has raised over $1 million dollars to help the YWCA Resolve shelter and Hope House.

This years theme, "Come Fly with Me," required all women to dress in the 1940/1950's.  My favorite part was the hair.  I LOVE the way the women used to wear their hair in the victory rolls.  Thanks to pinterest, I was able to find several ideas and instructions on how to do this.  I practiced several days before the party to make sure I knew how to do it.  The problem was that the party was on Thursday night.  I worked Thursday and only had two hours to get ready.  My rolls didn't turn out they way I would have liked but I still had fun trying.  Make-up was another issue.  I really don't wear much of it and I NEVER wear lipstick.  From my research bright red lipstick was what they ladies wore so that is what I went with to complete my face.

I also had a lot of fun looking for the right dress.  It just so happened that JCPenney had their summer dresses on sale for $10 so I was able to pick up this really pretty bright dress.  I added some cheap pearls from Wal-Mart and a pair of tear drop red earrings my mother-in-law had given me years ago.  I knew that there would be a lot of walking and standing so I picked some well broken in black heels.  Nothing fancy there because I didn't want my feet to hurt all night.  I did see several ladies who changed into flip flops by the end of the night.  I kept thinking it would be great to have some of those cheap ones that salon give you to wear after you get your toes painted in our gift bags.  Maybe next year. 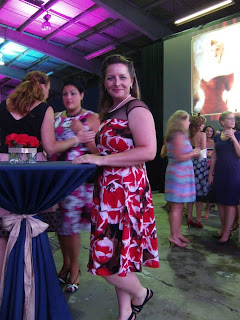 The set up was rather nice.  The party was in a hanger at the airport and we had shuttle buses that would take us right to the hanger.  As we exited the bus there was guys waiting with drinks for us.  I'm not much of a drinker but I did try it and then tossed it.  The hanger had this really awesome old airplane that was a great place to take some really nice pictures with your friends.  The tables was really pretty.  Although there was not enough seats for as many people that was there.  By the end of the night this became more and more noticeable as everyone's feet started hurting.   I really enjoyed the large screen that played old black and white movies all night.  That was fun to watch and fit the theme nicely. 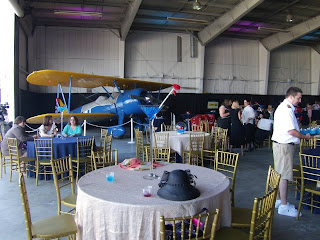 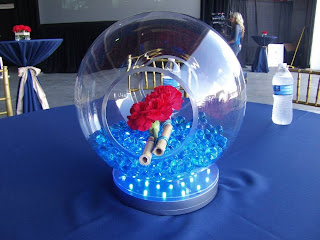 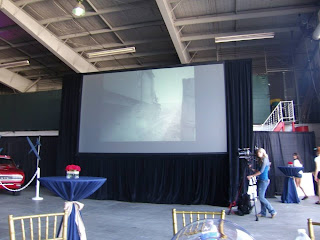 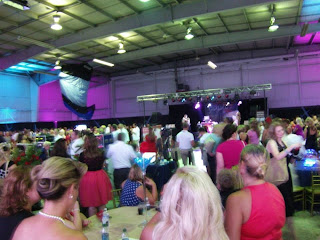 The food was provided by several local venders.  Each vender had their own tent set up and lots of finger food.  This set up could have been better.  There was a different plate with each vender and it made it hard to eat your food when there wasn't enough tables.  It was also kind of sad that three venders brought the same food (pulled pork on mini buns).  The food did fill us up and my niece was able to try sushi for the first time (and hated it). 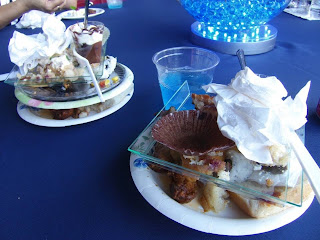 Overall, I had a great night.  Some spots were a little boring but I will be going again next year. I also had the winning bid for a vintage pin-up photoshoot that I'm really looking forward to.  It was also kind of fun to wake up and see your picture on the front page of the newspaper. 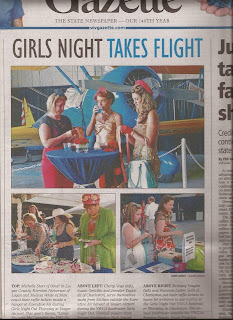