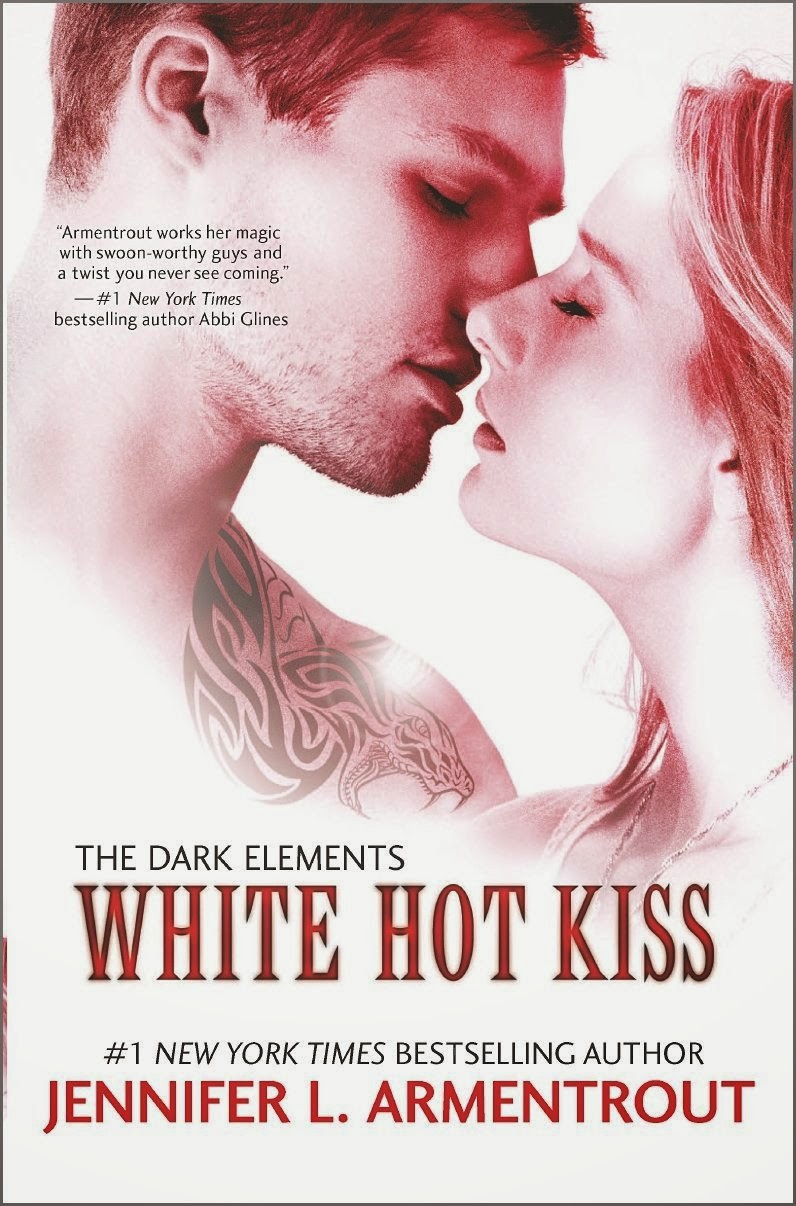 
First, I am a HUGE Jennifer Armentrout fan and will read pretty much anything she will ever write in the future.  I stumbled across her books while researching local writers and have been sucked in to her stories every since.  Really, I read one book and then bought all the rest she had out within a few days.  To me, they are that good.
Now with that being said, her most recent book is White Hot Kiss and will be part of a series called The Dark Element.  This book takes you into the world of gargoyle.  I’m sure your thinking, gargoyle, really?  Yes those ugly gray stone things with wings.  Most of Jennifer’s books are surrounded by aliens and Greek Gods, so this was no surprise. In fact, I have been following her facebook page and heard these books were coming.    All I have got to say is don’t knock it until you read the book.  I thought the same thing about aliens and Greek God until I read those series.  This one is the same.
The book takes place in moderen times when the world knows that gargoyle are real but look the other way.  Layla is a seventeen year old girl that is caught in the middle of a war between her adopted gargoyle family, known as the Warden's, and demons trying to kill her.  Layla is a half demon/half gargoyle who tries hard to bury her demon side only to have Roth, very hot and sexy demon, constantly reminding her of it.
Being a half demon, living in a gargoyle world, has one huge side effect for Layla.  She must fight her demon instinct to suck the souls of the people, and gargoyle, always around.  This is a huge burden since she finds herself rather attached to her adopted brother, Zayne, who is a gargoyle destined to marry another.
I loved the book and admit I found myself turning the page looking for any interaction with Roth.  I could picture Roth in my mind, all tattoos and bad boy, although his actions show otherwise.  He does have this slightly creepy thing that happens with his tattoo's but I will not spoil it for you here.  You will have to read the book to find out.
Like most series, this one left you hanging on for the next book.  I’m really started to dislike that part of books.  I’m almost to the point that I don’t want to buy a book unless the last one in the series has been written.  I read too much and forget that I'm supposed to buy the next one months or years down the road.
I give this book four starts and that is only because I didn’t get that I don’t want to put to it down feeling like her others.  It was still a great read and I would recommend it to others.
Posted by Shannon at 6:19 AM