In 2012, I was asked to help with my nieces bridal shower.  She didn’t have a theme but really loved the colors yellow, pink and orange.  At first I found it hard really hard to come up with ideas without a theme but I worked my magic and was able to create a few really good ideas that made her shower special. 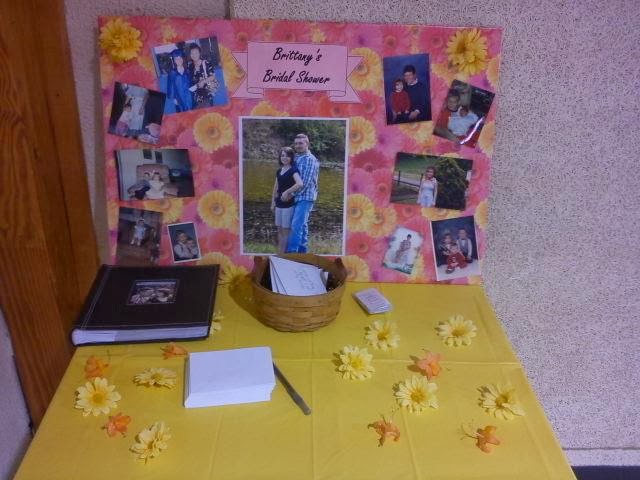 Instead of doing the same old guest book, we came up with the idea of leaving envelopes and having each guest fill it out so my niece wouldn’t have to locate everyone’s address for the thank you cards.  I used a foam poster board and covered it with flowered gift wrap paper I found at the dollar store.  I then decorated it with their engagement picture and random pictures from their childhoods.  We also left the album filled with her engagement pictures for everyone to look at. 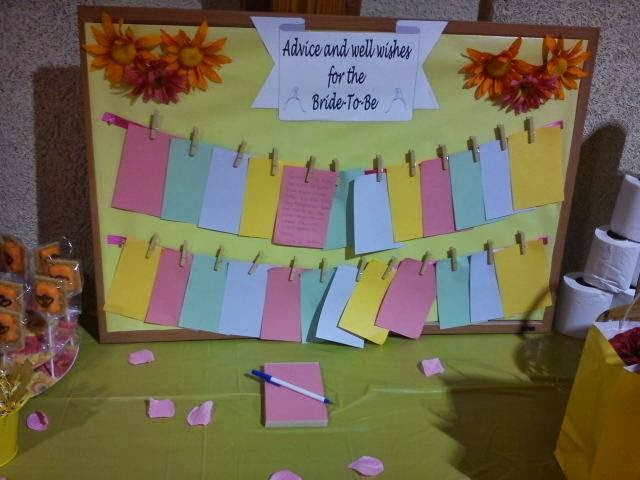 I used another foam board with yellow gift wrap paper for the advice board.  I strung a string from to push pins and hung tiny clips with different color paper so the guests could fill out advice to the bride that should could put in her scrapbook. 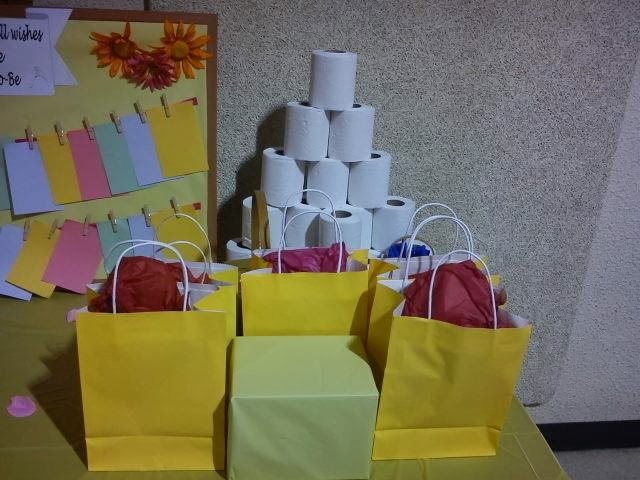 For the games we played several but the best was when each table picked a “Bride” and made a wedding dress for them using only toilet paper.  It was so much fun and we had a lot of creative “dresses”.

Favors:
Creating party favors is my favorite thing to do.  I LOVE the idea of coming up with something and creating it from scratch rather than paying the huge price tag on party stuff.  Plus, if you do it yourself then you can put that special added touch that makes it stand out at any party.  I went with the yellow theme for the favors because of its warm and bright color.  When I think of yellow the first thing that pops in my mind is honey.  I really wanted to create jars of honey but after pricing the jars and the honey, it did not fit into my budget.  My next idea was to use sticks of honey and the Meant to Bee Honey sticks was created. 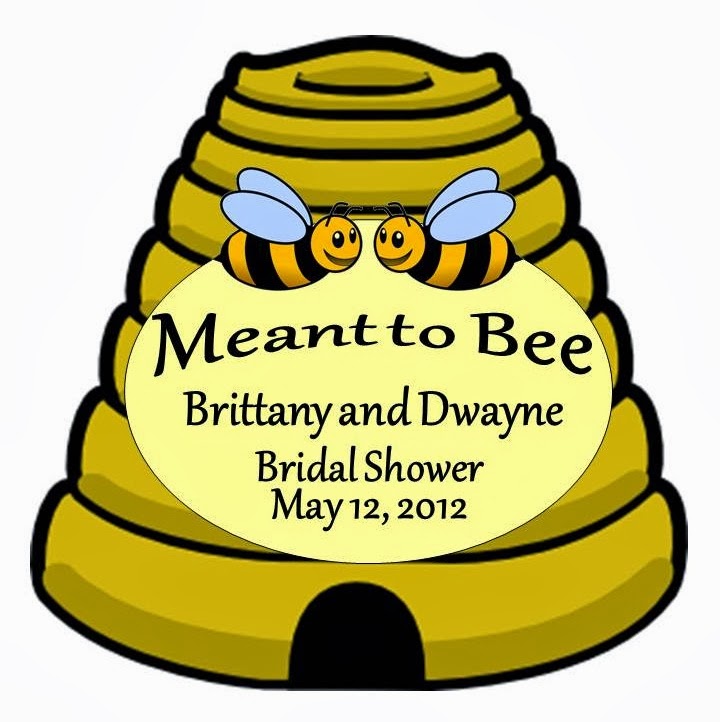 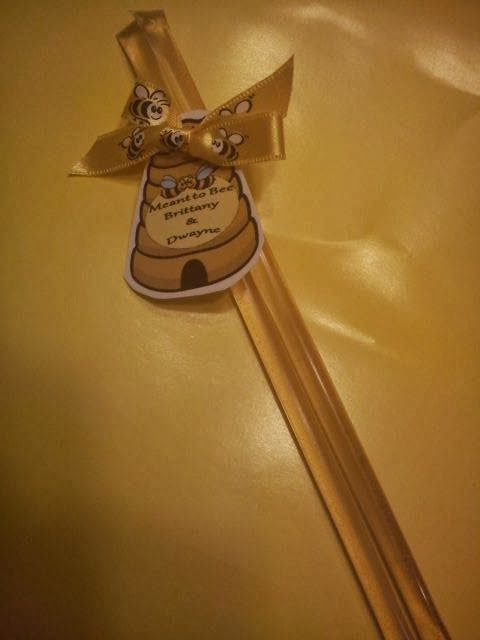 I ordered 100 honey sticks from amazon, along with the cute yellow ribbon with the bees on it. I created the tag and used glue dots to put the two sticks together.  I then tied the ribbon around the sticks and through the tag. 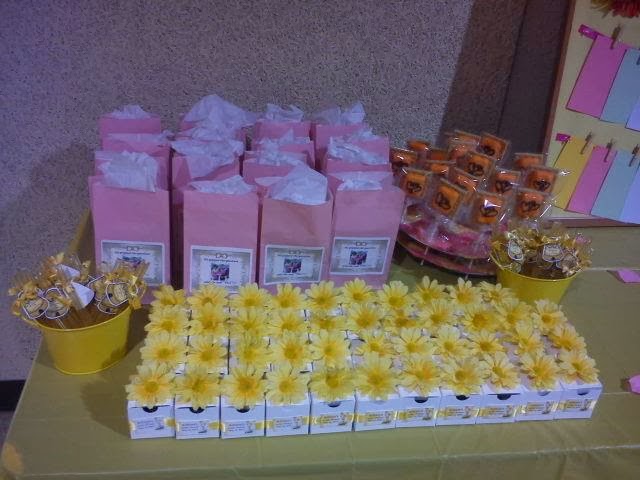 I also made He Popped The Question and She Said Yes Bags (pink bags in the background) and added a microwave bag of popcorn and white paper.  I also made smores on a stick and used orange chocolate with chocolate hearts. 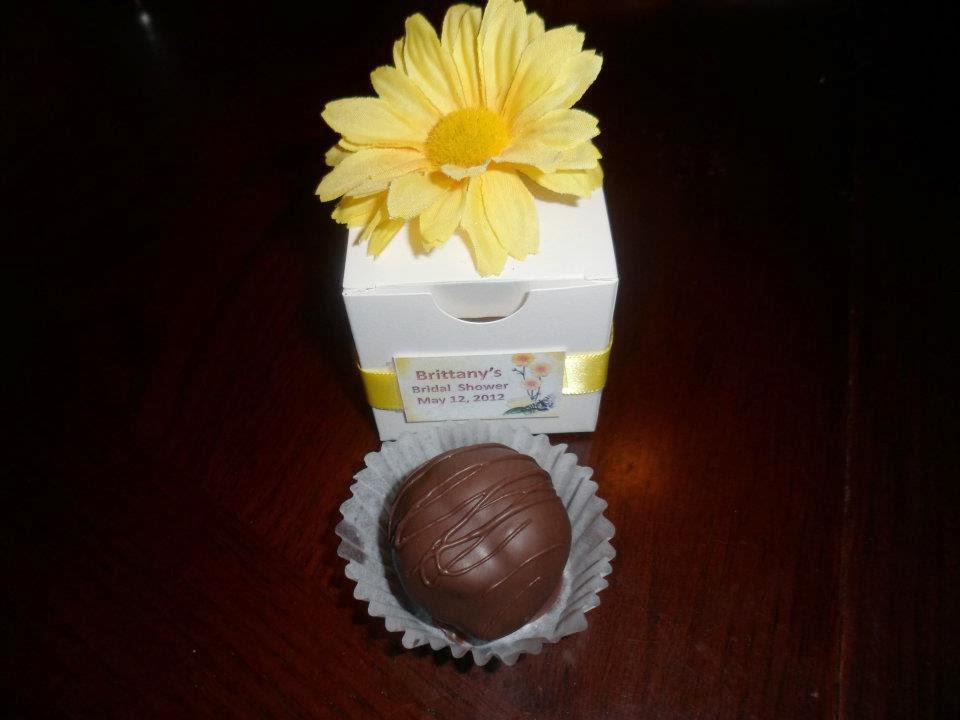 Last was my oreo truffles.  Everyone LOVES these and they are so easy to make for any party.  I always have tiny favor boxes on hand that I pick up at Wal-mart (100 to a box) for favors.  I picked up yellow flowers from the dollar store and pulled them off the stems.  I used a hot glue gun and attached to the top of the boxes.  I then used yellow ribbon that I also got at the dollar store to wrap around the box and added a tag made with card stock.  I used a cupcake liner and then added a truffle to each box.

For my first bridal shower, it was a huge success.  The food was awesome but created by someone else, which is why I don’t have that on this blog.
Posted by Shannon at 3:10 PM